When Can Police Stop and Frisk You? 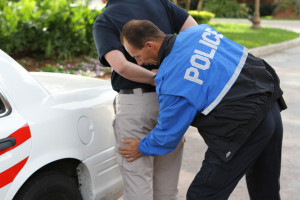 The Supreme Court approved police seizures and frisks of suspects on the street when police have:

When the police have reasonable suspicion along with a belief that the suspect is armed and dangerous they may seize the suspect and conduct a protective frisk for weapons.

The U.S. Supreme Court recognized that a stop and frisk is a “serious intrusion upon the sanctity of a person.”

The Court must balance “government interest in crime detection versusthe nature of the government intrusion onto a person’s privacy.

Judicial scrutiny of a stop and frisk will focus on:

Police can detain persons if they have probable cause:

Officer Stewart stopped Ayers and handcuffed her.  Searched Ayers and found no weapons or evidence of a crime.

As long as the officer can articulate facts giving rise to suspicion of criminal activity and where his suspicions are reasonable under the circumstances, a brief stop of the suspect is constitutionally condoned.