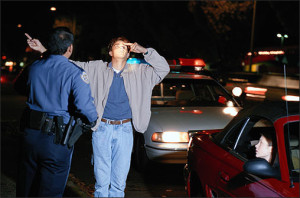 I can help you get your case diverted, the charges reduced or your DUI dismissed.  You need a DUI Lawyer in Louisville, KY that will  explore and analyze every detail of your case.  I look for ways to suppress evidence and save your driver’s license.  I will challenge the legality of the stop, the certification of the breath test machine, the calibration of the portable breath tester, jurisdiction issues, 20 minutes observation criteria, two hour extrapolation rule and other matters.  Your lawyer must be creative and have a thorough knowledge of case law, constitutional law, Rules of Evidence, Rules of Criminal Procedures and Administrative Codes to put him in a position to spot legal issues which exploit the government’s case.

ODOR OF ALCOHOL IS NOT ENOUGH TO SUPPORT DUI ARREST

Have you been arrested for DUI? If so you need a DUI lawyer in Louisville, KY that can help you get your case diverted, the charges reduced or even dismissed. At John Olash Law Firm we will fight hard to get your charges reduced so that you can keep your record clean and not do any jail time. We always have ways to reduce your fines and make payments manageable so as not to disrupt your life.

DUI: What Do the Field Sobriety Tests Test?

1. Horizontal Gaze Nystagmus Test: The police officer is simply looking for involuntary jerking of the eyes. Alcohol and other nervous system depressants can impair the brain’s ability to control the eye muscles properly. This causes the eyes to jump or jerk. The greater the impairment, the greater the degree of eye movement.

Some jurisdictions do not permit this test to be admitted into evidence. The officer can likely still use the results to establish probably cause, however.

There are two types of nystagmus. One involves the inability to track a moving object accurately. The other type involves the inner ear and disrupts the messages sent to the eyes during head movement.

2. Walk and Turn Test: This is the test commonly seen on television. The suspect is required to walk heel-to-toe in a straight line, turn, and walk back in the same manner. Other instructions are given to provide distraction. The test isn’t just about balance and coordination. It’s about concentration, too. The officer is looking for 7 signs that you’re intoxicated.

Two or more of these suggests impairment. The weakness of the test is the subjective nature. It has also been suggested that the majority of unimpaired people would fail the test.

3. One leg Stand: The subject is required to stand on one leg for 30 seconds. It is designed to measure coordination, balance, and attention. The subject must divide his attention between the physical task and following directions.

• You are required to stand on one foot with the other held 6 inches from the ground. The toe must remain pointed. You must also look down at your foot with your hands at your side.

• You are then required to count ‘one thousand one, one thousand two’ up to thirty.
• Signs of impairment include: putting your foot down before counting to thirty, swaying to maintain balance, hopping, or using your arms for balance. Again, the presence of two signs suggests impairment.

This test is also believed to be too difficult for sober subjects to complete successfully under ideal circumstances. Expecting someone to be successful in poor lighting, on the side of the highway, is considerably more difficult. Those of advanced years and the obese are at additional disadvantage.

For a DUI Lawyer that knows how to really defend a DUI defendant call me today!